Let the adventure begin as you try to escape the room! These escape adventure games will have you pushing your mental power to the limit – solving the most challenging puzzles to achieve daring adventure escapes.

Find an Escape Room Near You

Room escape games around the world are both addicting and challenging. Whether you play online or in person at a premier escape the room location, enjoy the adventure today.

The best escape the room games are ones that challenge your skill. Explore our extensive database for the best room escape games across the globe as presented by our team of experts.

If mystery and adventure aren't enough, check out these horror escape games - a range of jaw-dropping, stomach-turning room escape adventures that will shock you!

Which Room Escape Adventures Excite You?

Based off the “escape the room” video games, an escape room is a term for room escape adventures where players work together to break out of the room they are locked in. The games normally follow an interesting storyline that allows the players to be completely captivated. Take a look at some of the best escape rooms in North America and the United Kingdom.

Escape Room Adventures in the US

Palace games in San Francisco is one of the best escape game adventures in the country. The Palace follows a story about a room (perhaps the very first escape room) that Harry Houdini himself created. The room is surrounded in mystery, so to fill in the blanks Palace Games created a follow up called the Roosevelt Escape Room that will give you a little insight into Houdini’s motives.

Nashville’s The Escape Game is a great escape adventure that offers a variety of choices, totalling in seven rooms to date. If you look at the reviews for The Escape Game Nashville you can see why it is one of the most popular escape game adventures in the USA.

Breakout KC in Kansas City is definitely one of the highest rated escape room adventures in the world. Watch an official video to get a better idea of what this escape game has to share with the world. Even the 44th President of the United States visited a KC-created room.

Arguably Canada’s best adventure escape game, Adventure Rooms Canada is a must visit for Canadians and tourists alike. Their video does a great job of explaining how an escape room works. They currently have four awesome adventures available in their Ontario location.

Captive Rooms is an intense and captivating experience for those in the Toronto area. The company warns people that although they are open to all skill levels, their rooms are not for the weak hearted or those lacking strong minds. Depending on the room, you are allowed to play their escape adventures with anywhere from two to twelve people.

The Great Escape Canada is one of those room escape adventures that tests the limits of your mental capacity. Their video gives you a peek at what to expect from this mysterious and challenging escape room adventure. The company encourages groups and parties.

Escape Room Adventures in the UK

ClueQuest is a family-friendly escape room adventure in London. Pick out of the three available missions which all connect and follow the same storyline where Professor BlackSheep and Mr Q face-off as the mouse tries to stop the sheep from executing his evil plans.

In Time Run players travel through time as they solve puzzles in different worlds on their quest to save the world. The escape room adventure puts an exciting twist on your standard game as you follow chapters to complete the game’s story. Their video gives you a taste of their unique style. 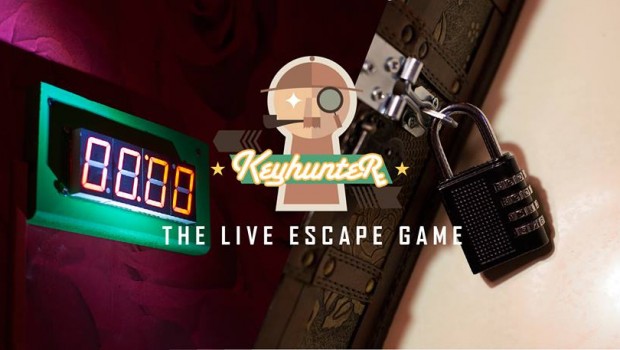 Keyhunter takes you on adventures with engaging plots revolving around scandalous mysteries. Find the key to escape the room before the time runs out. These games require players to search the room and complete many puzzles, both simple and complex, to advance to final challenges.

There are many creative escape room themes and more coming up. Mysteries are especially engaging and adrenaline pumping. Plus, mysteries are easier to solve when everyone is involved, which makes mystery escape games the best for corporate team building and family bonding. Some of the most popular and exciting themes for mystery escape rooms include:

Almost every escape room business has at least one detective-themed mystery escape game. Solving clues to catch criminals can be fun and mentally stimulating too. Working together to beat the clock adds excitement and bonds the team.

If movies such as Lara Croft: Tomb Raider and Indiana Jones excited you, then an archaeology-themed mystery room might be the thing for you. Use ancient code-breakers to discover hidden artifacts and doorways or decipher clues hidden in parietal art.

Murderers always think they are clever, but they also leave clues. Bring on your best CSI game and help your team discover who the perp is. Murder mysteries are some of the most popular themes for escape room games.

Enemy troops, bank thieves, and terrorists may trigger bombs to disarm, destroy and cause harm. Lead your team to crack codes and defuse a “live” bomb before it blows. You have 60 minutes and counting down…

Your team has been abducted. Follow clues and solve puzzles to reclaim your freedom and reunite with families and friends. This is one of the best teamwork and bonding games ideal for kids and adults too.